Join our new and growing community of Vikings that are exploring Valheim, together.

Register Log in
You are using an out of date browser. It may not display this or other websites correctly.
You should upgrade or use an alternative browser.

So I've been thinking about a certain thing I would like to have in in this game - something that could probably be quite easily sorted out with a mod. What I want is something along the lines of a Track Record, a High Score, a ... 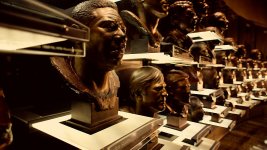 Progress and setbacks of each character would be measured with a score.


PURPOSE
It adds some of the thrill of a permanent death mode, while still being quite forgiving.

It adds a mildly competitive element to the game, in a rather friendly manner without involving PvP. You could simply compete against yourself and measure the success of one playthrough versus another. You could also compare your score to that of other players using the same mod.

WINNER OF THE SEASON
At some point a final score will be calculated. It could be after completing a final achievement (I actually haven't ever finished the game so I don't know what happens) or simply after a certain time runs out. (for example by the end of day 999) Then the final score will be presented somehow and if there are several contestants on a server then there will be a winner.

PERKS
This basic forumula could be expanded on and offer several interesting interactions between score and various elements of the game - particularly if certain actions would come at a cost of score. For example, the construction and/or use of portals could be associated with a score penalty.
Last edited: Jan 25, 2022
You must log in or register to reply here.
Share:
Facebook Twitter Reddit Pinterest Tumblr WhatsApp Email Share Link
Top